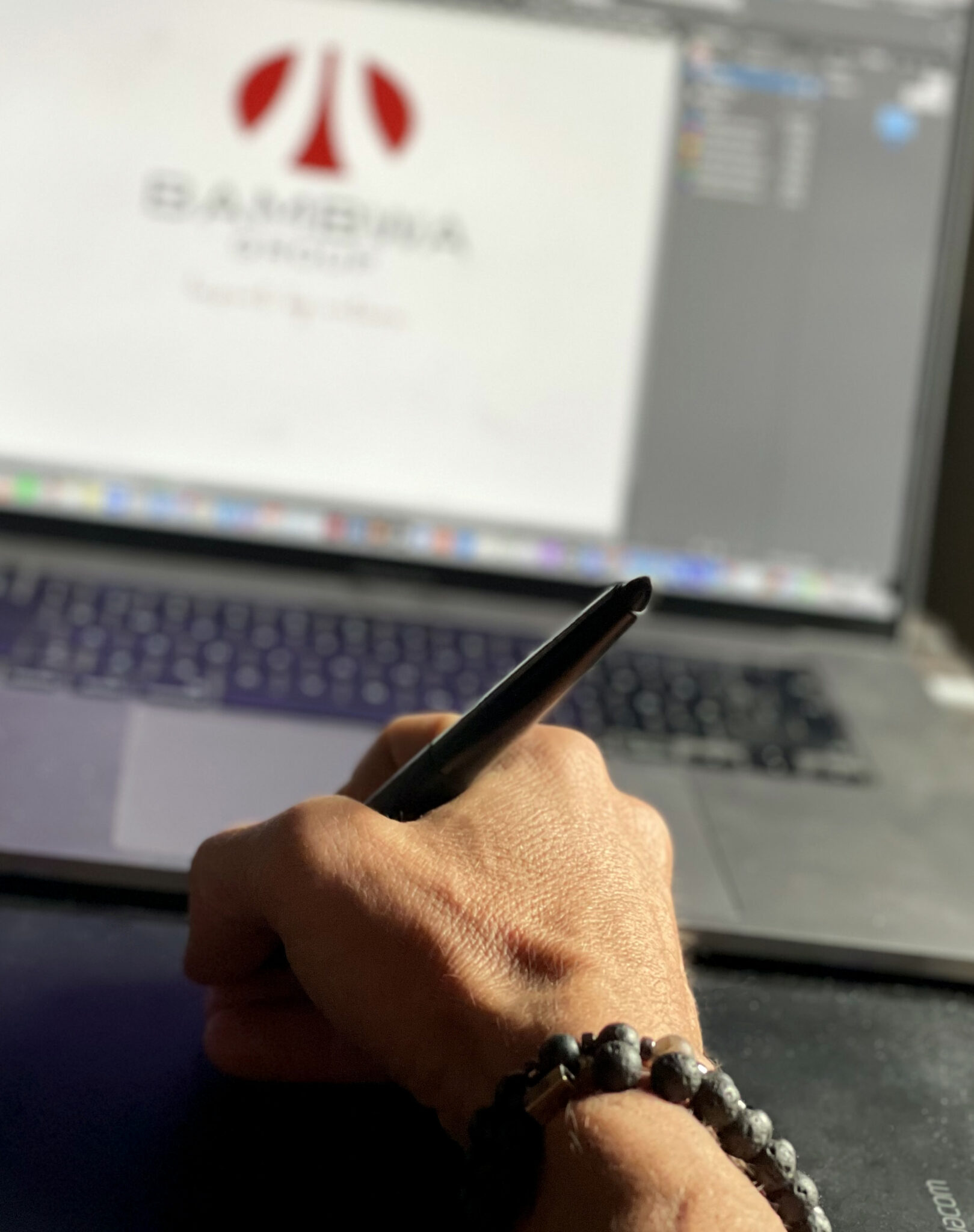 Facing forward with our new costume

As Bambwa Group develops its operations, it takes care to rebrand the company with a new graphic profile. The profile will be the company’s face to the outside world and will strengthen the company’s vision and goal of creating Impact by Action..

Improving the quality of life for people is our mission and we always seek to work with change creators and positive thinkers who strive to repaint the future. With this in mind, we set out to repaint our own future – starting with our branding. We felt there was room for improvement in how we communicated through our visual identity. Creating a graphic profile is a creative work where there is a lot to think about. The logo must fit in with the company’s operations. The logo should also be positive, create emotions and be strongly recognizable.

Stefan Larsson, who has been in the graphic industry for more than 30 years, was commissioned to change Bambwa’s profile and has been drawing on a concept for Bambwa for some time now. With his computer and drawing board, Bambwa’s new ”suit” has been created. The profile will work and function in all contexts for the future. The logo is fine-tuned to render consistently across print and digital formats. The origin of the logo is an interesting story, derived from the Chinese symbol for the number 8.

Number 8 is the most favored number in modern China due to its association with wealth and luck. The Chinese love this number both in trivial matters and in big moments. 8 is given the highest priority when buying a number plate or buying a house. For example, an apartment on the eighth floor will be most coveted in that entire building. Or an address with the number 8 in it will be considered lucky. Car number plates containing 8 would be sold at higher prices than regular ones. Mobile numbers are preferred if they contain one or more 8s.

Broadly speaking, the number 8 is associated with wealth, success, and status. The dark red color in the logo was chosen for stability, seriousness and the human connection. When it comes to the company’s slogan: Impact by action, that is exactly what we want and will do, create sustainable Impact by acting. Now with the new graphic ”costume” and also with our new magazine that you are currently reading, we look forward to taking new steps and putting Bambwa on the big stage. The next issue of Lets Go Bambwa will be our autumn issue and is expected to be released in November. We take the opportunity to wish all our readers a pleasant summer.

Insights into the African Digital SME